The year 2019 ended on a strong note for Our Lady of Fatima University (OLFU) as Antipolo Campus’ Janean P. Mati-ong landed the Top 3 spot in the November 2019 Nurse Licensure Examination with a rating of 88.40%. Mati-ong initially intended to take the June 2019 boards, she recalled, but her plans changed when she had to move overseas months prior. Such situation led her to contemplate on the path she must take for her future, putting her trust in God. “I held on to His promise because I knew I would become one (a nurse), in His perfect timing,” she said.

After praying for months, she received an answer from above– she found herself returning to the Philippines, determined to take and pass the licensure exam scheduled in November. Despite difficulties and challenges, Mati-ong exceeded her own expectations: she obtained her Registered Nurse (RN) title as a topnotcher. “None of these would have been possible if I hadn’t surrendered everything to Him and continuously prayed that He would give me the wisdom and strength to get through the exam,” she humbly said.

First-time takers from OLFU also aimed high in the boards, as reflected by the notable passing rates: 93.75% for the Valenzuela Campus; 91.67% for the Antipolo Campus; and 90.91% for the Quezon City Campus. The National Passing Rate for first-time takers is 84.75%.

The University takes pride in its 279 newly licensed RNs. 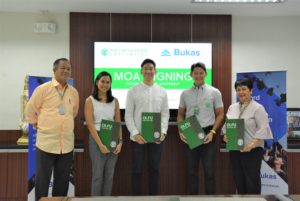