Progress is spurred by ideas born out of creativity, breaking beyond the confines of what is deemed as conventional. To continually develop, society needs more innovative minds – thinkers who refuse to stagnate, and citizens who act towards advancement.

In “improving man as man”, Our Lady of Fatima University (OLFU) believes that innovation powers the nation; hence its dedication to creating modern, empowering spaces for the promising learners and future visionaries.

On 15 August 2019, OLFU once again affirmed its commitment through the blessing and inauguration of the Research, Innovation, Science and Enterprise Tower, better known as the RISE Tower. Situated in Marulas, Valenzuela City, the RISE is a highly advanced facility housing simulation laboratories and collaborative areas with cutting-edge equipment and technologies.

“This facility was envisioned to serve as an integrated academic space where theories taught in the four walls of the classroom will be experienced and put into play”, University President Dr. Caroline Marian S. Enriquez said. Notably, the eight-story building features the Clinical Simulation Center furnished with training units and hi-fi manikins that teach pediatric care, obstetrics care, intensive care, surgical procedures, IV therapy and more; the Air Fatima, a mock airplane cabin; the Seven on the 6th, a mock hotel; and the Robotics Center, among others.

Another highlight is the Learning Commons which is a series of learning spaces for study, research, collaboration and discussion, as well as a repository of print and digital resources. Some of its amenities are the amphitheater-styled Lecture Hall, a spacious Reading Area, and Discussion Rooms. It is also home to the Research Development and Innovation Center, the University’s capital for new discoveries.

“We hope to build up creative and innovative thinking, encourage interactive discussions, and at the same time, develop confidence and professionalism in our students”, added Dr. Enriquez. 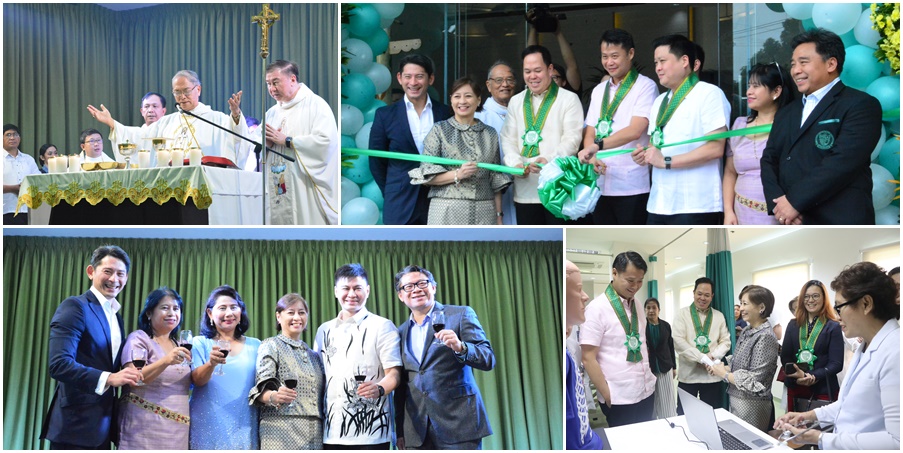 Senator Gatchalian applauded the facility’s ability to provide “hands-on experience”, counting it as “one of the most advanced facilities in the entire country”.

He likewise acknowledged how the City of Valenzuela and OLFU are historically intertwined since the school’s foundation in 1967. “As Fatima progresses, develops, and expands, so does Valenzuela”, he said. Nicole Ann J. Hiponia, OLFU Valenzuela Criminology graduate of 2017 received the Certificate/Medal of Merit for being the… The Noble Blue Falcons International (NBFI), through its 8th Bughaw Awards, hailed 24 residents of the province of… Medical Clerk, an Angel in Disguise for Hospital Partners On 19 March 2020, some faculty members from OLFU’s College of Nursing (CoN) took on their first shift… True to Our Lady of Fatima University’s (OLFU) mission to improve man as man, Research Development and Innovation…

On 05 March 2020, the College of Criminal Justice (CCJ) of Our Lady of Fatima University (OLFU) held…